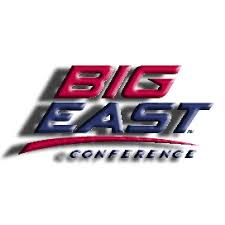 So a lot of people are buzzing again about the possibilities of the University of Louisville going to the Big 12 Conference. According to one source (who by the way has NEVER been wrong) the verbal agreement was made back in October. The reason it hasn’t been made public or official is because Mr. Jurich wanted to leave the right way and make sure the Big East was in a good position before we left. That is very admirable. I will discuss with you my opinion about our inclusion in both conferences.

Ok, The Big East is first up. I absolutely love the Big East Conference in Basketball and Football in both sports if it were to stay together which is not an option. The ability to state without a shadow of a doubt, year in and year out that we play in the best Basketball conference in the country. Playing with teams like Syracuse,Pittsburgh,Uconn,Marquette, St. Johns,Georgetown, Villanova and the rest have been a great opportunity. In the end the downfall of the conference can be attributed to Syracuse and Pitt bolting for the ACC. This drives me absolutely crazy. If for some reason we had to stay in the Big East and didn’t get the call for the Big 12, which we will, the bright side is that our Basketball conference will still be awesome every year. So we lose Syracuse,Pitt and WVU in bball? We gain Memphis, UCF and Houston in bball. Houston isn’t a big deal now but next year they have Chicken Knowles and Daniel House among others will change this next season. Now onto football. In Football I believe would be an upgrade over the current Big East. Adding UCF and Boise St which are both top 25 teams every season, with UCF just starting to enter the top 25 consistently recently, are better than WVU and Syracuse in my opinion. the Big East has been a beast to recruit for but Coach Strong and Hurtt have done it. Its my opinion we wont have to feel what it feels like to be in the Big East 2.0 tho. If we are however, hello blue turf! 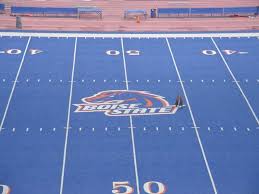 The Big 12, or as most of CardNation will refer to it as, greener pastures. Going to the Big 12 would be a slight drop off in Bball but a major upgrade in Football. Under the right circumstances the Big 12 could be a lateral move in Basketball, let me explain. The Big 12’s Top 25  normally Bball teams are Kansas,Baylor,Texas,K St, and departing Mizzou and A&M from time to time. So you take away Mizzou and A&M and add WVU and UL. There are also rumors that Cincy and ND are headed as teams 13 & 14. With all of those teams the basketball Conference will be deeper than the Big East that would be left over and just as good at the top (KU,UL,Baylor) then the new ACC (Duke,UNC,Syracuse) in my opinion. In Football, can I just say oh sweet lord! Adding UL as team #11, BYU as #12, ND at #13, Cincy at #14 that would make the Big 12 as deep as any conference in the country. That’s on top of Oklahoma,Baylor,K St,Oklahoma St,Texas, Texas Tech and newcomers WVU and TCU. Let me say it again, oh Sweet lord! I’m not saying that it would be better than the SEC but in time has the chance to be the best. Coach Strong and Coach Hurtt would get better players and our school would get better exposure. I think that this is the better move for us. But unlike Syracuse, Pittsburgh and WVU, we wont pull a Baltimore overnighter.

In conclusion i firmly believe that we will land in the Big 12. If we do then we must prepare for transition years in football but will certainly excel in Basketball immediately. We will start rivalries in BBall with Kansas and Baylor and in Football we will play Oklahoma and Texas! So excited. Look for the details of our move to be announced by summer if we leave. you will certainly hear about more teams jumping to the Big East before you will hear about teams leaving. One thing is for sure. At the University Of Louisville we are about to be in for one wild ride.