I am going to switch it up a little bit. After doing 55 for about a year now, I wanted to do something a little different. I know, if it ain’t broke don’t fix it. I just want to give this a try. Instead of bringing you 55 facts each week, I am going to write a column that I break down into 4 quarters. 1st Quarter: Football, 2nd Quarter: Basketball, 3rd Quarter: Cardinal Athletics, 4th Quarter: Our best stories and weeks best tid-bits that doesn’t fit into the first three-quarters. In weeks there are no Football games, I will make that week a quarter where one fan will be chosen to have a guest spot on 55 and discuss anything UofL. I feel like this will give 55 a fresh look and if you guys don’t like it let me know and I will go back. Like I said, I’m just looking for new ways to do the same thing and that’s entertain you. Wonder who will be the first fan columnist for the 11/17 Episode? Tweet me and hashtag #55GuestSpot. I will only pick out of these people. If you tweet me at @Jeremy_CSZ and say I want to but don’t include the hashtag #55GuestSpot then you are out of luck. Simple directions people…. Without further interruption, here are the things from this week that stand out to me the most. The most ridiculous,interesting and factual things I came across. This is 55………. 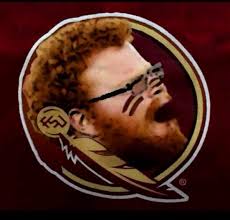 As always I fly the flag of the team that wins in our Football game of the week. This weeks honors go out to Florida State. In a game that I went into detail about earlier this week in The Day After, The FSU Seminoles mounted another furious comeback to defeat Louisville 42-31. We were in the game the whole time. With 6 minutes left Lozo & Sheldon sacked Winston for what looked to be the game winning stop. But the Cards could not cash in on a 4th and 2 with 2:37 left in the game that would have extended the drive and may have led to another score. The Cards had answered FSU’s scores all night. The Cards had their last lead of the game with 3:55 remaining in the game. Yeah I see the 55, I swear it wasn’t my fault. The defense just looked like they ran out of gas. All in all it was an awesome game with an awesome atmosphere and an awesome environment. The only thing missing was a win. Will Gardner looked like he goes from a c- QB to an a- QB with Devante in the game. He threw for 330 yards with only a desperation INT to blemish his near perfect day. Devante at 80% is better than your Wide Out at 200% as he ties Harry Douglas for the 2nd most yards in a single game with 214 yards off of 8 catches. Mike Dyer had the Mike Dyer game we have all longed for rushing for 134 yards and 3TD’s. All World CB Gerod Holliman AKA Captain Pick & Stick recorded 2 more INT’s to tie Anthony Floyd’s single season total for interceptions with his 10th. There are still 4 games remaining so you would think he could break that record. There is also a chance for him to break the NCAA record for Interceptions in a season at 14. James Burgess got an INT that got the momentum flowing our way and James Sample had 15 tackles and Charles Gaines added 8 tackles. Couldn’t have been more proud of their effort and I believe we showed we are a team and program on the rise. This Saturday the Cards travel to BC where the Cards are just 2 and a half point favorites. The game is at 7:15 on ESPN2

The Basketball team played their first exhibition of the season on Saturday as the Cardinals defeated the Barry Buccaneers 91-71. Wayne Blackshear led all scorers with 22 in an effort that has me believing that the Wayne we have been waiting for is here. Montrezl Harrell added 18 points and Terry Rozier had 15 points and 7 assists. Mango had 11 points and 8 rebounds but was one of the only Cards to get a lot of rebounds as the Cards struggled on the boards being out rebounded by a 53-41 margin. My pick for breakout guy on the Basketball team, other than the obvious Wayne pick, is Chinanu Onuaku who added 8 rebounds and 5 points. I got the feeling that the Cards could have taken this game more seriously and dominated a lot more. Our smothering defense did stand out to me and the Cards also are just a big team this year and put up 50 in the paint. A win is still a win even if it doesn’t count. The Cards will take on Bellermine Sunday at 12:30 on WAVE 3.

Here’s what happened in Cardinal Athletics this week:

This has been your week in cardinal Athletics

Well, I hope you enjoyed the new version of 55. Please send feedback to me to my Twitter or feel free to comment on the story. Don’t be a jackwagon. Until next time CardNation, this has been 55…..

You can find all  previous episodes of 55 by typing 55 in the CardinalSportszone.com search bar and clicking search

P.S.-If you see a funny UL or sports related video, shoot me the link via DM to my Twitter account. Here’s mine for the week

P.S.S.- Gonne try to put together a CardFam get together the Sunday before the Notre Dame game. All who are interested in eating a meal with strangers, let me know. Or get ahold of Turtle, Bourbs, BeastMode, Shawn, Sam or any of the crew that normally goes. Except Paul…He’s the worst….

*some info taken from press releases, most from CSZ and my brain

**none taken from other people’s thoughts, NONE